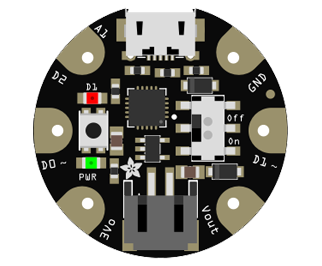 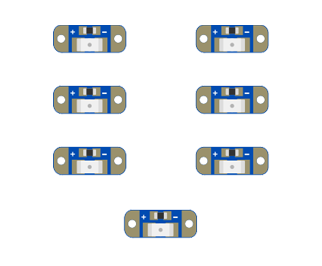 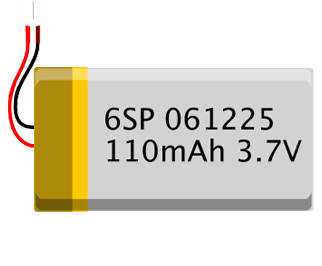 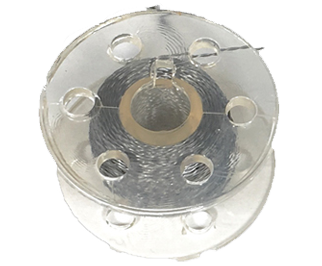 Now that you know how to light up fabric with LEDs and batteries, we’ll take your textiles to the next level with code. In this project you’ll make starry wall art that twinkles like the night sky.

While the traditional LEDs from previous projects will work just fine here, sometimes your project calls for a flatter source of light. Sequins are a brand name version of tiny, sewable LEDs that lay flat against your surface. They work just like traditional LEDs, with a positive and negative side.

Let’s start planning out our LED constellation. The Gemma will sit on the opposite side of the fabric as the LEDs so that your final design looks cleaner. Place your first layer of fabric inside the embroidery hoop. Use a pen to lightly mark the placement of your LEDs on the fabric. Make sure you leave plenty of room on the sides of the hoop to accommodate the Gemma. Your layout should look something like the Big Dipper in the photo below. 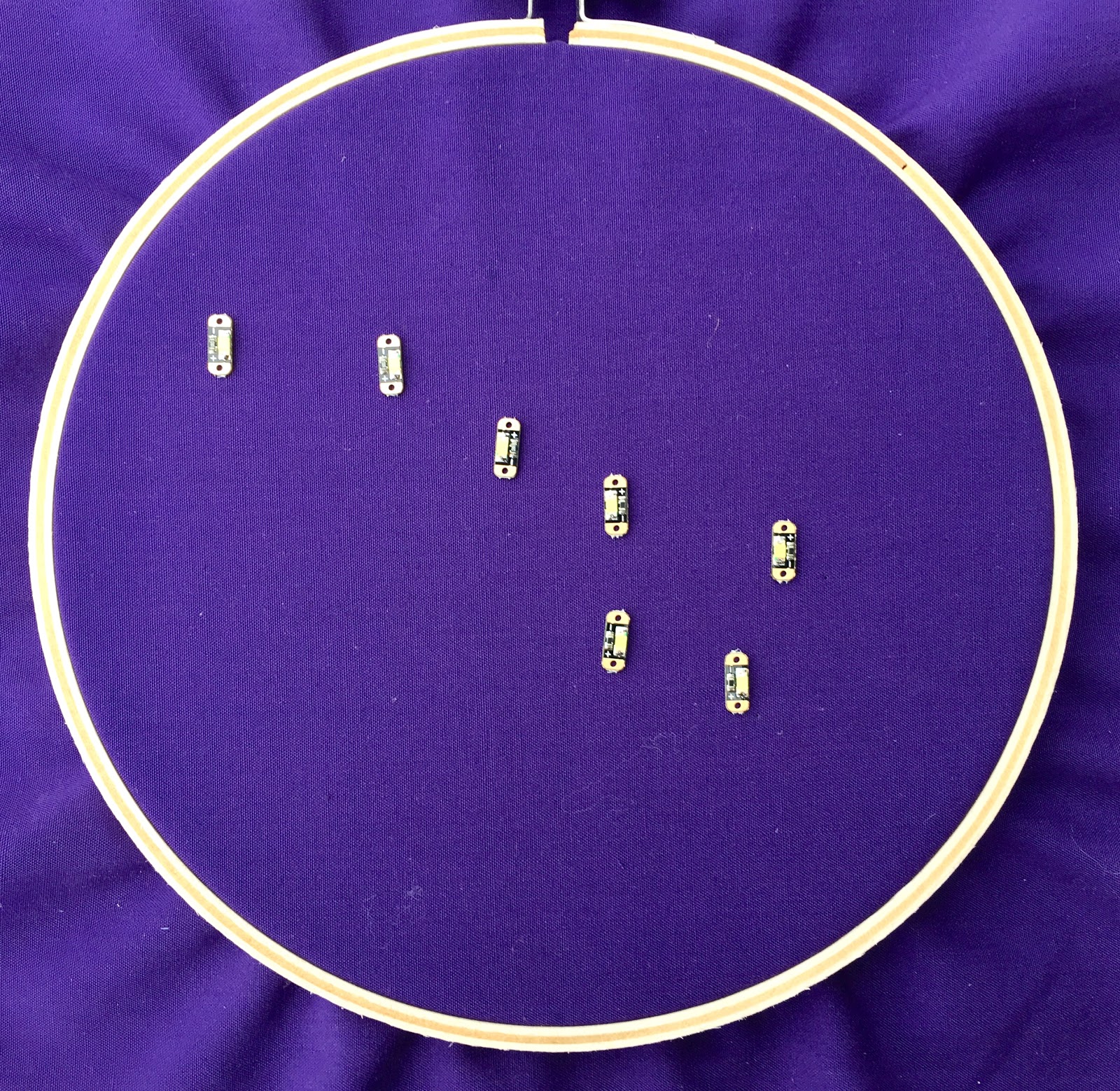 As with all e-textile projects, we must avoid crossing threads from power and ground to prevent short circuits. It’s always worth sketching out your design before starting to sew. The labeled diagram below serves as a roadmap for the Big Dipper. Notice how the LEDs in the pink group have their positive sides facing up, while the LEDs in the green group have their positive sides facing down. This is so they can more easily share a common ground thread, shown as the blue connection in the diagram.

Once your positioning is marked onto the fabric, cut about a foot of conductive thread and begin sewing the negative terminals of the top right (pink) LED group, as shown below.

Now sew down the negative terminals of the second group of LEDs. Both groups’ thread should be sewn around the Gemma’s GND pad.

You’re almost there! All that’s left is the positive terminals of group two. Sew them to pin D1.

Once you’re satisfied with your twinkling pattern, it’s time to finish up the hoop. Cut a second layer of fabric and place it in the hoop over your first layer. Sheer fabrics look especially nice, but you can change the brightness levels of your LEDs to shine through thicker fabrics, too.

Once your top layer is in the hoop, use white thread to stitch dotted constellation lines between the LEDs. You can also add stars, planets, or your own creative touches on the rest of the fabric.

Finally, plug a battery into the Gemma’s JST port and switch on the microcontroller. Watch your design sparkle!